SHARE THIS
With the recent oil and gas finds in eastern Ohio as to the Marcellus and Utica shale, the rush to tie up oil and gas rights in these areas has greatly intensified. There are a number of items that property owners need to consider before entering into an oil and gas lease.

Unlike traditional oil and gas wells the new “horizontal” drilling is somewhat controversial. A horizontal well requires vertical drilling to a depth between three thousand and eight thousand feet, at which point the well turns ninety degrees and continues horizontally in order to tap into the vertical joints in the shale. To extract the oil and gas from these layers of shale, a process called hydraulic fracturing (“hydrofracing”) is required. Hydrofracing remains a controversial process because it typically involves the injection of large volumes of water mixed with sand and chemicals deep into the ground to break up the shale and release the natural gas trapped within it. While the potential amounts of oil and gas are extremely lucrative from a horizontal well, the leftover wastewater may be contaminated with toxins which remain buried underground and could have a negative impact on water wells and water supplies.

However, what is clear is that oil and gas companies who desire to tie up the land haven’t changed when it comes to the negotiation of leases. Initial drafts of proposed oil and gas leases rarely protect the landowner. As the owner of the property, certain matters should be covered including restrictions allowing:

In addition, the oil and gas company should indemnify the property owner for any environmental problems or contamination that may arise because of the drilling of the well, especially when dealing with horizontal wells.

Additionally, parties are coming out of the woodwork to act as brokers and intermediaries to consolidate property owners so they can obtain the 600 plus acres typically needed for these wells. These brokers are not necessarily protecting the property owner’s individual interests.

Since it is somewhat of the wild west out there right now, it is important to have the gas lease reviewed by an attorney before it is signed or before you enter into an agreement with a broker who will then ultimately want to negotiate the lease on your behalf. If you have any questions, please contact Ralph R. Waszak, Jr., or your Stark & Knoll attorney at 330.376.3300. 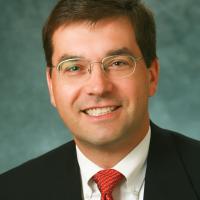