Contracts, Contract Changes, Purchases and Sales: Should They be in Writing?

A homebuilder, at the request of the client, substitutes granite for laminated countertops. A contractor, to accommodate the project owner, delays part of the work and then incurs substantial over-time costs to complete the work on time. In the absence of a written contract change, how are the extra costs allocated between the parties?

As business people, we engage in numerous transactions weekly, if not daily. Most people know instinctively that important transactions, such as the purchase of real estate, should be memorialized by a signed written agreement that leaves nothing to chance but a broad array of transactions are done on a handshake, or on the understanding that an agreement will be signed later. Often, later never comes. These seemingly small changes can include extensions in time for contract performance, substitutions in materials and changes in prices due to unforeseen contingencies.

While homebuilders and contractors often find themselves on the wrong end of these “handshake agreements,” the same can be said for many professional service providers. Accountants and attorneys working without written engagement letters, and vendors who ship thousands of dollars of products based only on a phone call, may find themselves in similar situations. Whatever the situation, there is never a problem until there is a problem and then each side has a different recollection of the terms.

When changing an existing contract, written approval of the changes is often essential, especially when required by the original contract. When dealing with governmental contracting parties, the absence of a written contract change often means the other party is out of luck. Lack of a written change order can mean large monetary losses. Claiming the other party, or the other party’s architect or other representative, said the change would be set forth in writing later on, just will not do.

When a contractual problem arises, it is essential to have the contract and any changes in writing in order to protect your business. It may take a few minutes of extra time to get a contract change in writing, but this small detail may save hours of time in court. In the unfortunate situation that a conflict still brings you to court, the outcome is most often based on what is agreed to in writing. When contemplating a contract or a change to an existing agreement be sure to consult your Stark & Knoll attorney, or, Terry Seeberger at 330.376-3300. 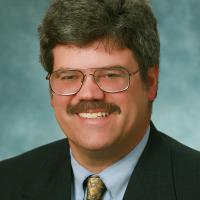